Methandrostenolone (Dianabol)
History: Developed by Dr. John Zeigler in 1959 in response to Russia?s dominance in Olympic weightlifting, Dianabol was produced by the pharmaceutical company Ciba. It quickly it made its way into gyms across the country, being used by both Olympic weightlifters, BB?rs and later, by a variety of sportsmen. In 1990 the 1[SUP]st[/SUP]Anabolic Steroid Control Act was passed, resulting in Dianabol?s mass-production by UGL?s around the world. It remains so until this day.

Method of Administration: Methandrostenolone is most commonly administered in oral form. Injectable preparations of the drug have been produced by some UGL?s, although this practice has not been found to result in additional benefit. Oral use is by far the most common route of administration.

Steroid Class: Dianabol is a testosterone derivative, belonging to the testosterone-family of steroids.

Primary Effects: Best defined as a mass-builder, Dianabol is an ideal candidate for off-season use, when the accumulation of mass & strength is the main objective. To this end, Dianabol is widely considered one of the most effective steroids available; a claim which has been substantiated by decades of real-world experience. Users can expect fairly rapid increases in size & strength from this drug, accompanied by a considerable degree of water retention. While Methandrostenolone?s water retentive nature makes it a poor choice for those entering the end stages of contest prep, this trait can be beneficial for those attempting to build muscle size, as the cushioning effect it provides lends itself to heavy, pain-free workouts. In contrast to many other steroids, some of which tend to make the user feel worse rather than better, Dianabol imparts an anti-depressant like effect, further increasing user satisfaction. All in all, Dianabol is an excellent companion to run alongside other AAS, is fun to use, and gets high marks in the area of overall effectiveness.

Aromatizable: Yes. At higher dosages, Dianabol may require the use of either an anti-estrogen or a S.E.R.M, such as Nolvadex, in order to mitigate estrogenic side effects.

Methylated: Yes. Methylation serves as a protective feature of most oral AAS, allowing the molecule the pass through the liver and enter the bloodstream intact, after which it can travel to muscle tissue and exert its muscle-building effects.

Standard Dosing Range and Cycle Lengths: Methandrostenolone is most commonly used at between 20-100 mg per day for a period of 4-12 weeks in length. Most users will find that 50 mg per day is more than sufficient.

Frequency of Administration: Daily use; split into 3-4 equally divided doses.


Dbol results are without question some of the fastest most powerful results any anabolic steroid can provide, and that is precisely why so many choose to use this steroid; that's the very reason so many love it! Of course, not all Dbol results are of a positive nature; this steroid can carry some strong side-effects; however, each and every one is avoidable when supplementation is undertaken in a responsible manner by a healthy adult male. While true, as a powerful anabolic steroid, this is a steroid that has in recent years been plagued by a few myths; assumptions of action that are impossible for this steroid to carry. As this is the case, we want to separate the mythsfrom truth; we want to look at what can happen, the good and the bad, and leave the impossibilities where they belong; in the trash.

Let's start with what can happen, and what can actually happen are rapid buildups in mass and strength. This is something most understand; however, it's not as cut and dry as some tend to think, and as such, some are often left disappointed in the results. While a very powerful steroid indeed, Dianabol is largely dependent on the food you eat; if you're trying to gain mass, which is the most common reason for supplementation you're not going to gain a lot of mass if you do not fuel your body properly. If your caloric intake is below maintenance, you shouldn't expect to grow, and if it is at maintenance you shouldn't expect to grow a lot. In some ways the same can be said of strength; you will grow stronger with your caloric intake above maintenance levels; however, a significant boost in strength can be seen at maintenance levels due to this steroid's strong nitrogen retention promotion as well as glycogenolysis.
As above maintenance level caloric consumption is necessary for extensive growth and strength increases, it can be very easy to get yourself into trouble if you're not careful. When we say you must consume more calories than you burn to truly grow, this isn't a license to eat like there's no end in sight; sure, you can do this if you want, but that's the perfect way to pile on a whole lot of body-fat. Granted, with Dbol supplementation, you'll be able to process and utilize a greater quantity of calories more efficiently; however, there will be a cutoff point. That said, a slight increase above maintenance consumption is all that is needed; of course, how you're training and the other steroids you're stacking will alter your maintenance level, but this rule will still hold true for optimal and clean Dbol results.

While a very simple steroid that can carry a high level of toleration among most healthy adult men, Dianabol is not without possible complications. By and large, the possible negative Dbol results will surround this steroid's strong aromatizing nature; such a nature can promote high blood pressure, water retention and gynecomastia. For this reason, it's extremely important to keep your doses under control; further, as it pertains to high blood pressure it is imperative you live a blood pressure friendly lifestyle in-order to promote the continuation of a healthy blood pressure. Of course, while these things are important, combating the aromatase effect itself is extremely useful and often advised. For this purpose, the use of an Aromatase Inhibitor (AI) is something you may want to consider; you should certainly keep one on hand. With the use of an AI, you will not only prevent the aromatase effect, you will reduce your body's total estrogen levels, and that is protection. It should be noted; AI's can have a negative impact on cholesterol levels, and Dianabol can to a degree; once again, this makes dosing and your lifestyle habits beyond important.
Beyond aromatase that leads to an excess estrogen buildup, the use of Dbol results in increased liver enzyme values, and this is guaranteed. The reason for this increase is due to Dianabol being a C17-alpha alkylated (C17-aa) steroid; a trait shared by most oral steroids with the exceptions of oral Primobolan and Proviron. As a C17-aa steroid, Dbol carries a strong hepatotoxic nature; a trait that is necessary to its survival, but one that can lead to possible liver damage. For this reason, and while we keep saying it that's because it cannot be stressed enough; responsible doses are beyond important. Total doses should never surpass 50mg per day, and most will never need more than 25mg to 30mg per day. Further, total use should never surpass six weeks, and there should be at least six weeks of no use before this steroid is implemented again; even longer would be better. Moreover, you must avoid over the counter medications unless they are absolutely necessary due to their often hepatotoxic nature, and alcohol should be avoided at all cost. If you can do these things, your liver values will still increase; however, if you're a healthy adult male and follow proper supplementation practices they should return to normal shortly after use is discontinued.

For several years, and this can be seen on numerous steroid message boards, impossible Dbol results have begun to plague the information superhighway. How some of these myths and rumors have started is unclear, but they are just that; myths and rumors. First and foremost, and this is the most ridiculous of all Dianabol cannot make you fat; there's no anabolic steroid that's going to make you fat. This goes against everything anabolic steroids are; they're not glucocorticoid hormones and they do not share such related traits. When people gain excess fat due to Dianabol use, this is due to one primary reason; normally it's due to the individual eating too much. If you overeat, you'll gain fat, and this holds true with or without anabolic steroid use; the rules of nutrition do not disappear just because a steroid is present. Now it is true, if estrogen levels get out of control this can slow your metabolism down, but this can occur with the use of numerous steroids if you supplement like an idiot and do not take the necessary precautions; this isn't the steroid's fault, it's your fault for not using the brain God gave you.
Another myth is you will lose all your gains as soon as you stop using Dianabol; well, this one is partly true. If you supplement with Dbol, you will see the results rapidly disappear once you discontinue use if your total cycle does not extend past its use. With this steroid, you will make fast, rapid gains, and if your body is not allowed to become accustomed, if such gains to do not become part of your normal existence you bet they're going to fade. For this reason, it's important your cycle extends past this steroid's use; at least 6 weeks should be considered. This brings us to another myth; Dbol results are not real results, and this may be as ridiculous as the fat related myth first discussed. The myth states that since gains can disappear fast (if you ignored what was said above) then this isn't real muscle tissue. Well, we have a question; if you're supplementing with Dianabol and you move X amount of weight, since you're using Dbol does this mean you really didn't move it? Can you see how illogical this myth is? You didn't move the weight due to some magical force brought forth due to Dianabol being in your system; you moved the weight because the steroid helped you increase lean muscle tissue mass and strength; there's no such thing as fake muscle tissue and strength.

This is it, these are the Dbol results; they may not be as extensive as many other steroids, but they are powerful and that makes this a steroid worthy of consideration. Of course, as we have seen there can be some adverse results to say the least, but we've also seen they can be controlled if we display the ability to hold to a level of intelligence that is only a little greater than that of a household pet. As for the myths, the impossibilities, they are just that, and regardless of how strongly you may wish to hold to them your desires cannot change the truth; the truth is always the truth, and the truth is Dianabol is one fantastic anabolic androgenic steroid.

For all your needs check us out 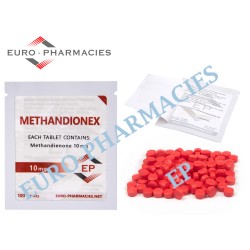 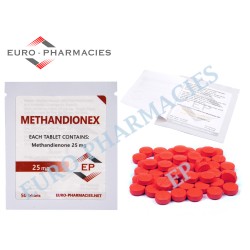 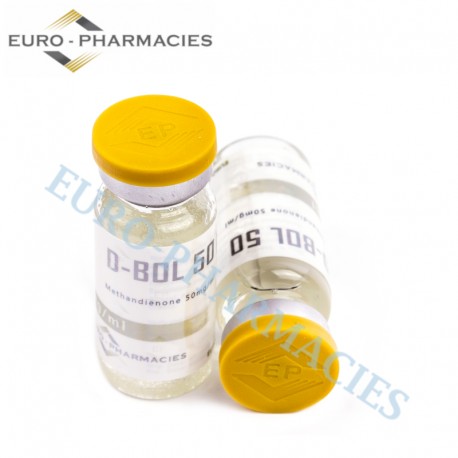