If athletes take a gram of taurine before a training or competition, their endurance increases. A Japanese animal study, published in Amino Acids in the spring of 2022, clarifies exactly what taurine supplementation does in muscle cells. The substance improves fat burning, making muscles more economical with glucose. 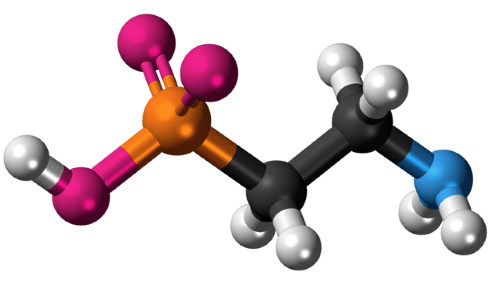 Study
Researchers from Teikyo Heisei University experimented with two groups of rats, which had to run for two hours on a treadmill until they literally couldn't anymore.

The control group [CON] had been given normal food and water for a period of 3 weeks prior to the session, while the rats in the experimental group [TAU] had been given drinking water in which the researchers had added a substantial amount of taurine.

If the rats had been adult humans, they would have consumed about 20 grams of taurine per day. That's a lot. Don't try this at home.

Taurine supplementation thus increased endurance. Shortly after the session, the Japanese determined the concentration of glucose in the blood [BGC] of the test animals. They found no statistically significant differences between the groups.

Muscle cells produce N-acetyl-taurine and N-acetyl-carnitine during intense exercise. In muscle cells, these metabolites act as a reservoir of acetyl groups, which the muscle cell can use when it needs to convert fatty acids into energy. [Metabolites. 2021 Aug 6;11(8):522.]

The more N-acetyl-taurine and N-acetyl-carnitine the researchers detected in the muscles of the rats after the running session, the higher the glucose level in the animals' blood.

A new sport supplement?
What would happen if you gave N-acetyl-taurine to rats? Whether or not in combination with N-acetyl-carnitine? Perhaps N-acetyl taurine is a more effective sport supplement than taurine. And maybe you don't need that much at all...