Is There an Upper Threshold for Volume?

Is There an Upper Threshold for Volume?​

When building a training program, the amount of volume that each muscle group is exposed to is an important factor for progress, however, a recent study published in the Journal of Medicine & Science in Sports and Exercise may have confirmed the point of diminishing returns that comes with too much volume[1]. So where do you fall?

Is There an Ideal Amount Threshold for Volume?
That’s a tricky question. While we’re beginning to understand more about which factors contribute most to muscular hypertrophy and strength, we don’t yet have exact numbers. What we do know is that it doesn’t take much to maintain muscle mass – in fact, it looks like in younger populations it’s possible to maintain adaptations with as little as one-ninth of the volume it took to produce the gains, while some improvements in myofibrillar hypertrophy and strength continued to be seen with as little as one-third training volume[2].

This is pretty interesting news considering that most of us worry about losing our gains during periods of low training volume. This is also great news for competing individuals that are looking to maintain muscle mass during the end-stages of prep where calories are restricted and the subsequent effects on attention span, fatigue, sleep, and mood are felt the most.

For beginners, a good place to start is with as little volume as is necessary to see positive outcomes. Recovery is always key, so making sure that overreaching during the beginning stages of training is crucial. Afterward, it becomes easy to increase volume phase to phase for a linear progression before shifting into more undulating periodization styles (which we will cover in another article).

In terms of selecting the appropriate volume for your training phase, think first about what your main stimulus is; if the goal of the phase is load/intensity, then you can successfully get away with lower training volume, somewhere around 5 – 9 sets/muscle group/week can be effective[3]. Since the main stimulus is the load and strength training is much more neurologically demanding than hypertrophy, your primary focus would be high-quality sets while managing fatigue and volume.

Thinking about this when creating programs can allow you to undulate your volume phase to phase just based purely on what outcomes you are looking for which is a great way to create high and low volume sessions and continuously see progress. 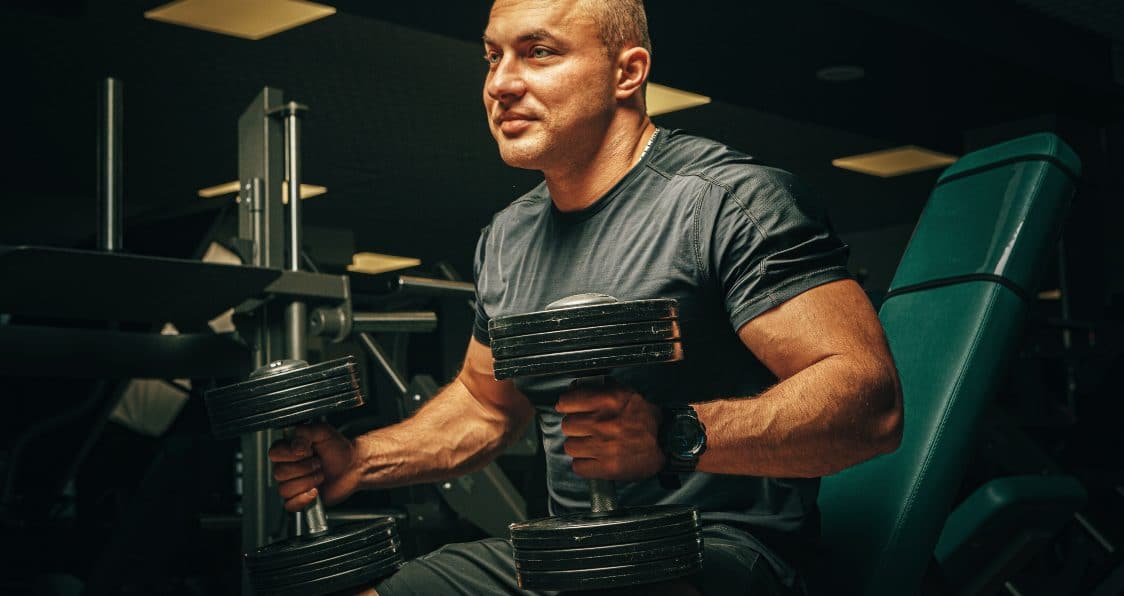 New Research for the Upper Threshold of Volume​

In the study by Barbalho and colleagues, the participants were randomly assigned into one of four training groups: G5 (5 sets/week), G10 (10 sets/week), G15 (15 sets/week), and G20 (20 sets/week). Each of these groups represented the indicated number of sets that each trained muscle group would be exposed to weekly, other than that the training programs remained similar between all groups.

At the end of the 24-week training period, the researchers measured changes in 10RM and muscle thickness (using an ultrasound) of each participant. The most interesting part of this whole study was that the researchers found virtually no difference between the groups performing 5 or 10 sets/week per muscle group in terms of 10RM improvements or muscle thickness which can be interpreted as the low to mid-range volume threshold that is required in order to see positive outcomes. According to the researchers, all the participants had been resistance training for at least 3 years uninterrupted, but my counter would be that we don’t know what kind of training they were doing.

That being said, this study does have some great strengths. First, the participants were monitored while training by professionals that had no involvement in the study, their only purpose was to make sure that the effort level stayed high especially in the low volume groups which is most likely why they saw impressive results.

That can be interpreted as high-quality sets, so for example, if you’re looking at doing 15 sets of quads per week, you could argue that only 5 of those sets need to be performed at a high effort close to failure and the outcome would be positive. Second, the total training program was performed for 24 weeks which is enough time to negate the effects of a new program.

In terms of volume breakdown by trained muscles, here’s what the paper tells us:
For 10RM increases:
Final Word

We’re always trying to look for an edge in training. What will give us the biggest bang for our buck and how can we look like those we model after. Even with new studies coming out, it’s still so individual that all we can really hope to get at guidelines at best. For a long time, German-Volume training was considered a great program for hypertrophy, and even that is being disputed with a 2018 paper from Hackett et al concluding that while more studies need to be done, 4 – 6 sets per exercise seems to be what works[4].

As for our main study, while the exciting part is to see how little volume we can get away with and still make solid gains (given that effort is high), another key takeaway is how poorly the high volume groups did which performed 15 and 20 sets/week. At best, they gained a fraction of the growth and strength gains, but the real-life concern here is after 24-weeks of very high volume with little to show for it, where do you go?

The smart money is on a deload that can hopefully detrain that stimulus, but you have your recovery work cut out for you. I wouldn’t go as far as to say that they suffered from over-training syndrome which is a term that people like to throw around. The high muscle damage might have inhibited their ability to recover optimally, but they definitely weren’t medically overtrained. In fact, it’s actually way harder to achieve than you would think[5]. There was no nutritional arm in this paper, but I’d bet the results could have been even better if there was.

Sticking to volume thresholds that allow you to progress consistently is key. You don’t need to do more for the sake of doing more since recovery is where gains are made. Use strength phases to take advantage of low volume when you need it, and progress upwards in hypertrophy phases.

As I mentioned above, we’ll go over how to progress volume phase to phase and even week to week in an upcoming article.

Not really.. Some muscles need more volume, some need less... All depends on you fast/slow twitch muscles...If you have $$$$ You can have muscle biopsy done to determine which muscles have fast twitch (biceps for example)so I train em with high reps... or Quads for me are slow twitch, (low and heavy rep range)
I just learned which muscle is what by trial and error.

Bolan said:
Not really.. Some muscles need more volume, some need less... All depends on you fast/slow twitch muscles...If you have $$$$ You can have muscle biopsy done to determine which muscles have fast twitch (biceps for example)so I train em with high reps... or Quads for me are slow twitch, (low and heavy rep range)
I just learned which muscle is what by trial and error.
Click to expand...

Bolan said:
Not really.. Some muscles need more volume, some need less... All depends on you fast/slow twitch muscles...If you have $$$$ You can have muscle biopsy done to determine which muscles have fast twitch (biceps for example)so I train em with high reps... or Quads for me are slow twitch, (low and heavy rep range)
I just learned which muscle is what by trial and error.
Click to expand...

In general, slow twitch will be in the lower extremities.

Bc those muscles function for sustained use/endurance. Like calves. Always in use when walking etc.

I remember Arnold talking about how hard it was to build his calves. Bc they were used to carrying around his 240 pound frame.

He had to hit them with extreme weights to respond.

But like the article says, it’s general and individually ppl respond differently.

If there was only one way to do training, everyone would do that one thing with success. Like a recipe for a cake or something.

IMO consistency and intensity is key.