Nearly every man on the planet aspires to have a jacked, muscular body these days. It’s understandable why men feel the need to build big muscles, in an era which is so obsessed with physical looks.

Some guys take steroids (and anadrol) because they want to attract the opposite sex with their body. Others are bodybuilders wanting to win competitions and some guys just want to be more alpha among their peers.

No matter what your reason is for taking anadrol, one thing this steroid guarantees is huge muscle growth. Bodybuilding has never been bigger than it is right now and anadrol remains as one of the most sought after compounds in the sport. Anadrol is used by many bodybuilders, in a bid to pack on more size and muscle mass as possible. It’s up there with the very best bulking steroids in the world.

According to research, anadrol doesn’t offer much when it comes to weight loss or toning, but in terms of pure bulk – it’s second to none. Bodybuilders often take anadrol during the winter/off season, when massthetics are more important than aesthetics. Guys will usually come off anadrol when it gets to summer or near a competition, as it causes you to retain water. Thus, the idea is to pack on a tonne of mass in the off season, then to try and keep hold of this extra size when the user wants to look their best. Other cutting steroids can be introduced then like anavar or trenbolone.

Over the decades, anadrol has produced many great reviews and results. However, anadrol isn’t the most popular steroid around because it does cause various negative side effects. These consist of a spike in blood pressure, hair loss, liver strain and gyno (man boobs). This isn’t to say that anadrol WILL give you bad side effects (as every person is different), however when you take a toxic compound like this the chances of experiencing bad sides increase dramatically.

However, which method is better?

There isn’t a right or wrong answer to this, but more of a preference. Here’s the pros and cons to each method so you can get a grasp of which you’re likely to prefer.

The absorption rate is the biggest difference between oral or injectable anadrol. Many serious bodybuilders opt for injectable anadrol, because it bypasses the liver, causing more of the steroid to be absorbed and utilized for gains. This way, more anadrol will be entering your bloodstream and it’ll be like you’re taking a higher dose than orals. As a result your strength and size gains will be superior compared to taking tablets.

However, the downside to injectable anadrol being absorbed better, is it causes more severe side effects.

As with most supplements or steroids, excessive consumption of tablets will affect the liver. Supplements contain a concentrated amount of toxins that raise liver values. However, injectable anadrol bypasses the liver, avoiding any potential liver damage.

However, it’s worth pointing out that any raised liver values you might experience from taking oral anadrol should correct themselves post-cycle when you stop taking the tablets.

Also using liver supplements during or after a cycle will help keep your liver in good shape. You should also visit the doctor regularly for a liver check up when using harsh steroids like anadrol. Milk thistle is a popular supplement to take, to reduce the strain on the liver from oral anadrol.

Although some gym rats know that injectables are better for gains, they’re happy to sacrifice some gains due to a fear of needles, or because they don’t know how to properly inject themselves. Not to mention that popping pills is a lot easier and safer method for beginners. Although your gains will be less on orals, you’ll still experience significant muscle gains.

Regardless of which method you choose to take, there are some potential side effects however you take anadrol. But, as mentioned previously these side effects will be more prominent in those who use injectable anadrol.

Here are the common side effects when taking anadrol (in men):

Breast size reduction
Deepening of vocal cords
A larger clitoris
Increase in body hair
Changes in menstrual cycles
Other common side effects for both genders include:

Increased water retention (or bloating)
Irregular blood pressure
Acne
Liver toxicity
It’s worth pointing out that one of the side effects – water retention – could actually be to your advantage. Water retention can be beneficial to bodybuilders who have joint problems, as the water cushions your bones against the high stress of lifting weights. Intracellular water retention will also make your muscles bigger as they will hold more glycogen, giving them a pumped look.

The debate over the best method of anadrol is subjective. For a person who’s liver isn’t in a good way – oral anadrol would be a bad idea. Equally, a beginner who hasn’t used anadrol before would be best suited to trying the tablets first. Also everyone responds differently to steroids, so one person might not experience many side effects when injecting anadrol, whereas another person might have a bad reaction.

Generally speaking, if a bodybuilder’s happy to compromise his health temporarily in order to make more gains, he’ll go for injectable anadrol (I don’t recommend that you compromise your health).

But if a bodybuilder is more health conscious and wants the convenience of only having to pop a few pills – he’ll go for oral anadrol (assuming his liver’s in good condition and he’s not an alcoholic).

- Shipping from USA - Aproximate Order's delivery time: 2-5 working days (Since the package leaves any of our shipping out country) - Signature NOT required 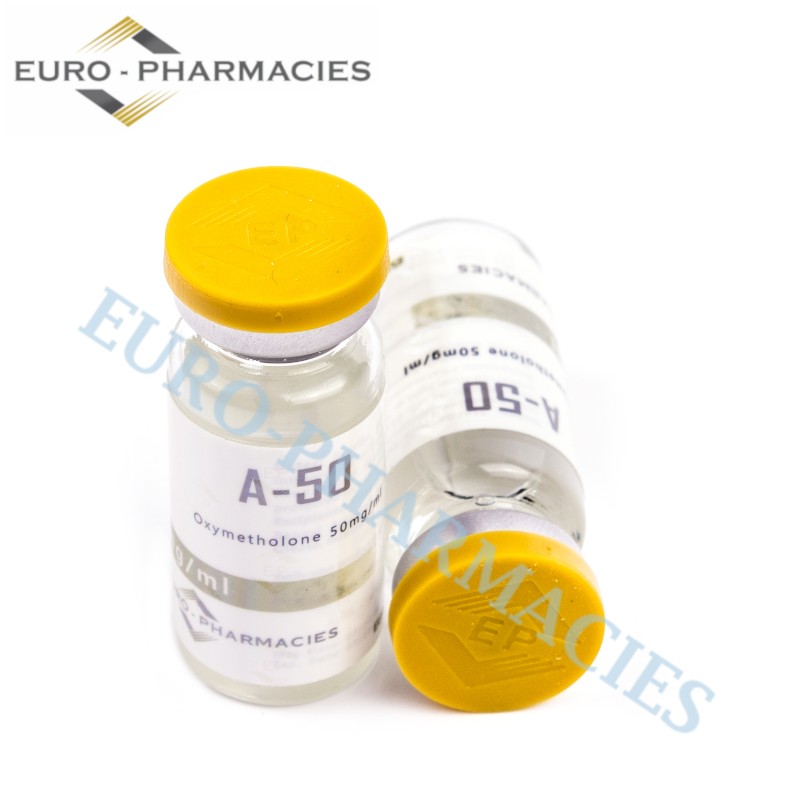 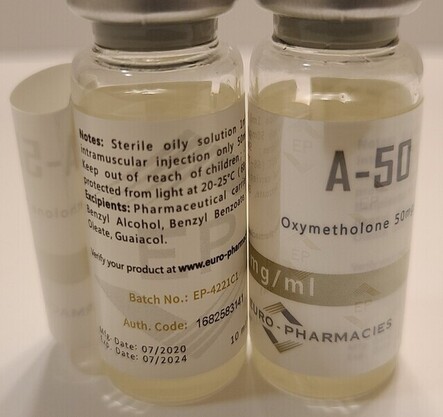 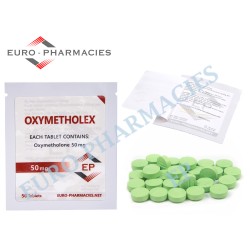 Two nice EP products for bulking - A50 & Nandrolone Decanoate (past Td ; one of many) 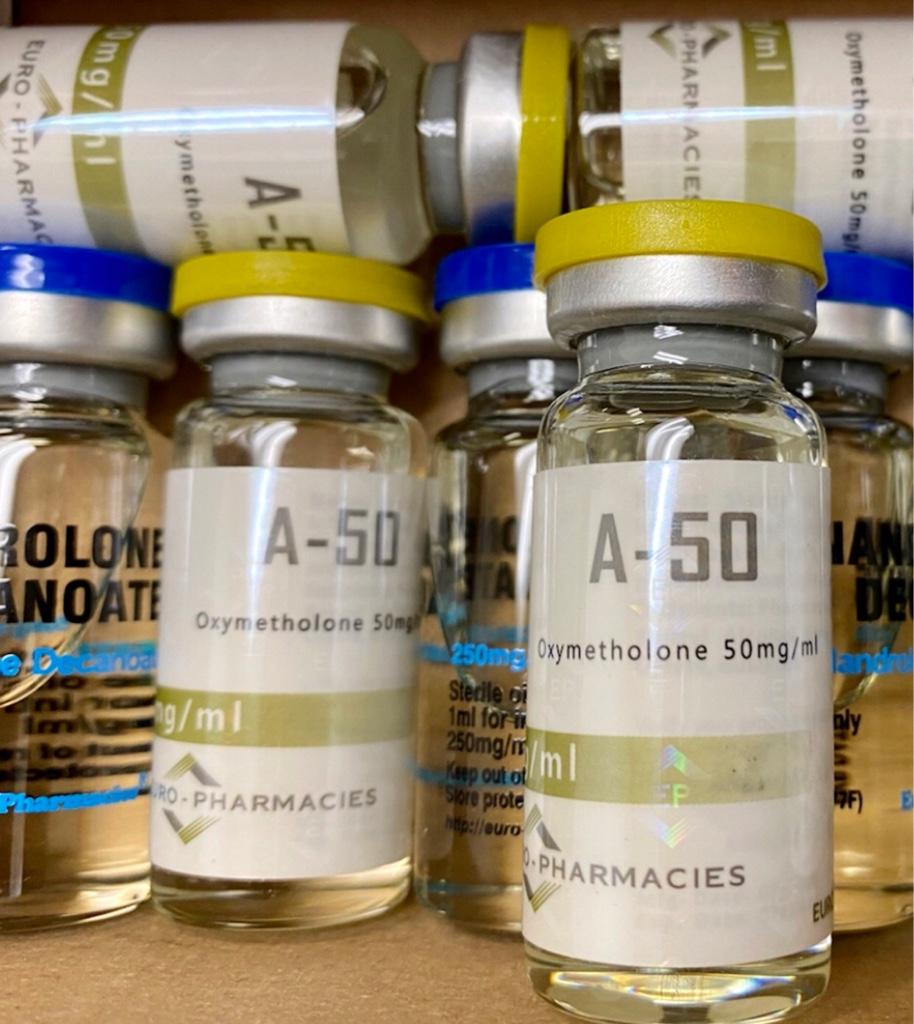 I definitely like having “more control over the A50 effects” and sides .

I still have yet to try EP's injectable Anadrol but I have some on hand for my next Anadrol run this winter.

I will say this...EP's oral Anadrol is the best I've tried. The quality is unmistakable.

jozifp103 said:
I still have yet to try EP's injectable Anadrol but I have some on hand for my next Anadrol run this winter.

I will say this...EP's oral Anadrol is the best I've tried. The quality is unmistakable.

You’ll never use oral anadrol ever again once you do this inj.

A.font401 said:
You’ll never use oral anadrol ever again once you do this inj.
Click to expand...

That's definitely how I felt after the injectable SD. I would much rather poke myself everyday then feel like death.

A.font401 said:
You’ll never use oral anadrol ever again once you do this inj.
Click to expand...

Lil less harsh in every way internally as well