Looking for a new muscle-building challenge? This 8-week high-intensity training methodology pushes you to failure, not once but three times, for the ultimate pump.

Insanity is sometimes defined as doing the same thing over and over again while expecting different results. If you’re going through a rough patch in your fitness journey, or if you simply want a new muscle-building challenge, this is it!


What is HIT3 Training?​

This program takes training back to what many people consider the “Golden Era” of bodybuilding, but it isn’t a high-volume program that you may have seen many champions share from those years.
Recommended: Need help building muscle? Take our Free Muscle Building Course
You may have guessed that the letters in HIT3 stand for High-Intensity Training. This program is based in part on the original principles of the “single set” to failure philosophy. This isn’t exactly the Arthur Jones’ program that you may have read about.
You won’t reach failure once during a set; you will reach failure three times. The “3” in this program is in recognition of positive failure, negative failure, and static failure. During a HIT3 set, you will reach failure in all three phases before the overall set is finished.


The Creator of HIT3​

This program was created by Canadian bodybuilding legend John Robert Cardillo. Aside from winning bodybuilding titles, Cardillo has helped tens of thousands of clients reach their bodybuilding and fitness goals. Cardillo’s program is the result of him learning the original version of HIT from Jones. Instead of training every body part at once as Jones recommended, Cardillo split the muscle groups into three workouts:
Each of the gym versions of this workout is included here. There will be another version for the folks training at home coming soon. In the meantime, if you train at home and want to give this a go, find exercises you can do that comes close to the movements here. The philosophy of the program is the same. 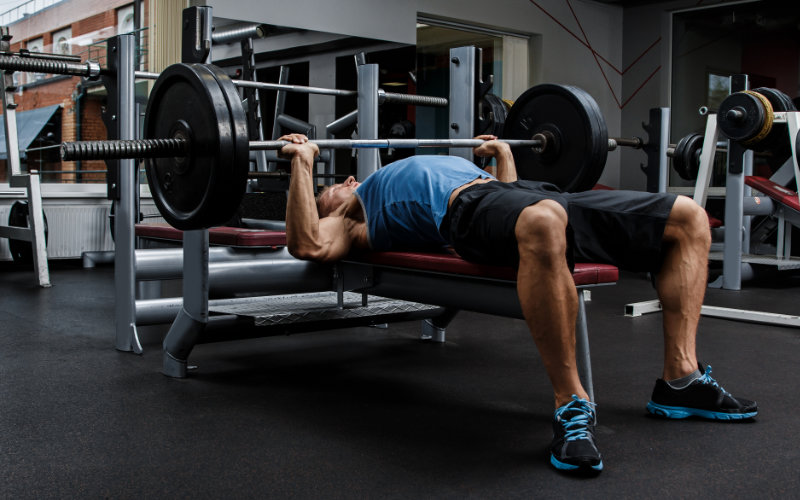 If you were to do a set of chest press, once you get to the point that you can no longer perform a rep with proper form, you’ve reached positive failure. This should be within a range of 8-12 reps. A partner or spotter would then assist you in performing two or three extra reps. Your job is to control the weight on the negative portion of the rep. Each negative should take 10 seconds. Yes, 10 seconds. After no more than three of these negatives, your spotter will help you return the weight to the contracted position. Your final task is to hold the weight in that position as long as possible. Spoiler: that shouldn’t be too long. After two of these static holds, your set is finished.


What If You Don't Have a Spotter?​

This program is obviously going to work best if you have a spotter or trainer helping you with the final two phases. However, some people may not have that option. If that’s the case, then you should only focus on taking each of these sets to positive failure. Once you can no longer perform a rep with proper form, you’re done. Trying to cheat or manipulate the weight alone could lead to injury, and no one grows while going through rehab.


HIT3 Workouts vs. Other Programs​

Each exercise in this workout is going to be performed for one work set to complete failure as you read above. Under normal circumstances, you would perform your set, then your partner would perform theirs. With this program, each lifter goes through every set while the other spots. The transitions between each exercise are minimal, no more than five or ten seconds. The rest between bodyparts is no more than two minutes. Once the first lifter completes every set, it’s the partner’s turn. The first trainee is now the spotter while the other person takes his or her turn.
Cardillo’s philosophy behind this is that you want to annihilate every muscle fiber possible with as little rest as possible. “The truth of the matter is when you work the muscles harder, they have to draw on its resources in order to fulfill what you’re trying to accomplish. When you’re performing these exercises, a greater percentage of muscle fibers are being called upon to help you finish each rep. So if the goal to build the maximum muscle possible and increase strength to the greatest ability possible, then we have to call upon as close to 100 percent of the muscle fibers possible in order to perform an improbable task.”

You will notice that each muscle group has anywhere from four to six exercises. Remember that you’re only performing one set of each. So consider this a really big giant set. Isolation movements will always be first in HIT3 workouts so that the muscles can be pre-exhausted before going into compound movements. You won’t want the triceps joining the party too early. They will take work away from the chest and shoulders. Furthermore, they won’t be able to work as hard as they need to when the time comes to do direct work.
Obviously, controlling several machines and weights in a gym may be frowned upon by gym staff in some cases. If you aren’t able to perform this exact routine, have a backup plan so you can perform substitution exercises. As long as you can do the same number of exercises with minimal rest and transition time, you will feel the effects of this type of training. Cardillo has recommendations for each machine exercise, but it’s understandable that not all gyms will have the same equipment. So find the machine or exercise that does the job best in the facility you’re training in. 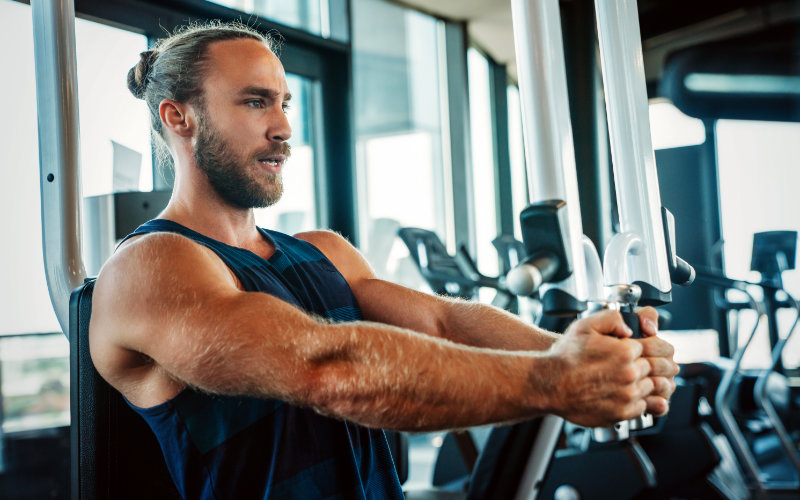 The key to a successful workout is maximizing angles. That’s what Cardillo has in mind when he created this program. You will also notice that machines are emphasized. This is so you don’t have to worry about stabilizing free weights. You can focus on working the muscles with minimal involvement of other muscle groups.
If you need tips or help on how to do these movements, go to the exercise section here at M&S. There are descriptions to help you master the form and make this workout as effective as possible.
The recommended reps are 8-12, but remember to do the negatives and static portions if you have someone helping you.

A minimum of one day off after this workout is recommended, and two may be better. During that time, focus on eating quality food and getting plenty of rest. A sample schedule of this workout is:

This is the first workout of the week, and it’s intense, to say the least. Whatever weights you typically use with these exercises will likely not be the same because of the intensity and speed of these sessions. So be prepared to check the ego at the door. Before you start, make sure you know the layout of the gym so you can move from one exercise to the next quickly without having to keep track of where the next machine or station is.

The sequence of order is important. The philosophy is that you start with the lower back and work your way down the posterior chain from there. By the time these areas have been trained, you then focus on the quads and calves. Yes, hamstrings will be trained before quads, and this is so that the hamstrings won’t fall behind in development. You will likely need two days off before doing the next workout.

You will notice that there are several exercises on this day, but there are several body parts being trained. You will also be doing just one set for each, so the volume isn’t as much as it appears when looking at the routine. Focus and determination will be key with this one.