Limited equipment doesn't mean limited gains. Grab some dumbbells and a barbell and get ready to destroy these intense DumbBar supersets.

Although gyms and health clubs have the newest machines that target specific areas of a muscle from a certain angle, the gold standard of training equipment is still free weights.
I am specifically talking about barbells and dumbbells.
This is a good thing for people who don’t have gym memberships and prefer to train at home because bars and dumbbells are probably all they have to use.
Whether you’re a home gym owner or a local gym member, you can always use a new challenge, and this is your next one.

There are supersets for every major muscle group and they all involve two pieces of equipment, a barbell and dumbbells.
For those of you who are new to training and Muscle & Strength (welcome!), supersets are two exercises performed in a row without taking a rest until you’ve completed the second exercise.
If you’re up for the DumbBar challenge, then sip your pre-workout, check out the supersets, and get to the weight room because it’s time to clang and bang.

International Chest Day is a weekly holiday for lifters around the world and it’s normally on a Monday. If you want to start your week off with a bang, give this a try. We will target all three angles here which are incline, flat, and decline. Rest for one minute between supersets. 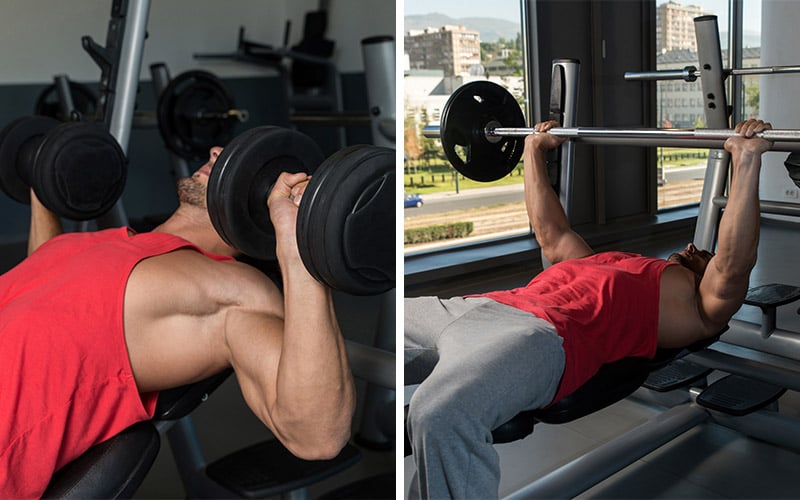 Many of you know that there are three heads to the shoulder muscle area, front, side, and rear. There's a DumbBar superset for each one so you can focus on each area with the same intensity. This way you not only have big shoulders but balance and symmetry as well. Rest for one minute between supersets.

Guys know that nothing beats having a sleeve stretching pump in your arms when you walk away from the weights and back into society. You can feel the heat off of the eyes of people when they see you walking around with that pump and you know they’re thinking, “Man, his arms are big.”
If you want that kind of pump that Arnold talked about on Pumping Iron, then shoot for 4 supersets of 8-10 reps per set of each exercise. If you’d rather go for a more toned look, then 4 sets of 20 reps per set is the ticket for your own gun show. 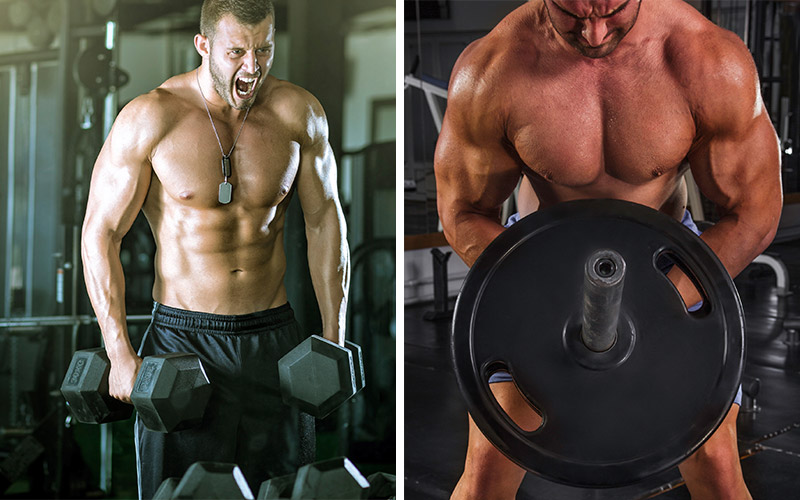 Pulling is a very important function for athletes. In fact, bodybuilding contests can be won and lost from the rear. In other words, regardless of what your physique goals are, you need a big and strong back. These supersets could be the shock you need to see new results. Rest one minute between supersets.

Supersets aren’t just for the upper body. You can perform DumbBar supersets for your quadriceps, hamstrings, and calves as well. 3 supersets of 15-20 reps each of these will do very nicely. Since the quads and hamstrings are some of the biggest muscle groups you have, a little more rest may be needed. Take 90 seconds rest between supersets here.

What? You don’t use free weights on ab day? Well you can and you should. Resistance can benefit all muscles including the core ones. Try these two supersets out for three sets of 15 reps each with one minute rest between sets and you’ll agree that weights of iron can build abs of steel.

Supersets aren’t limited to exercise pairs that focus on one muscle group. Another popular way to apply them is with opposing muscle groups. For those of you that prefer this method, here are some DumbBar workouts for you.
You can also use this workout as the next step from the previous DumbBar workout. Feel free to cycle back and forth between the two for as long as you are seeing gains! 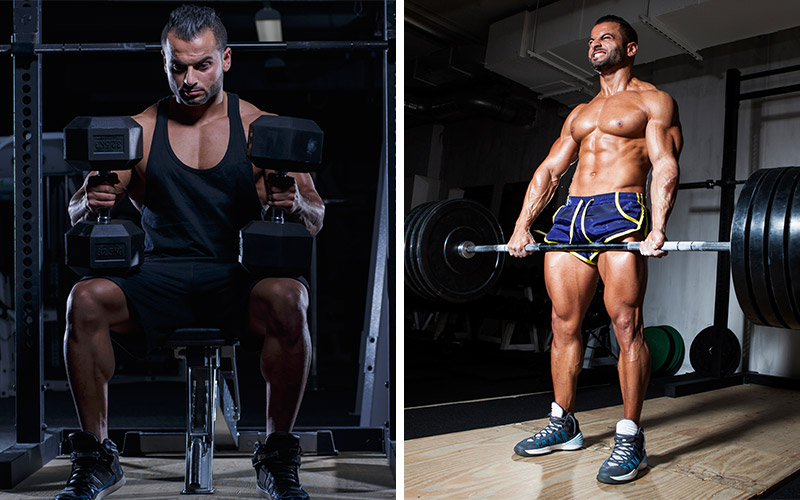 Rest one minute between supersets.

Ok, they're not opposing muscle groups, but you still need to train them! Take one minute rest between supersets. 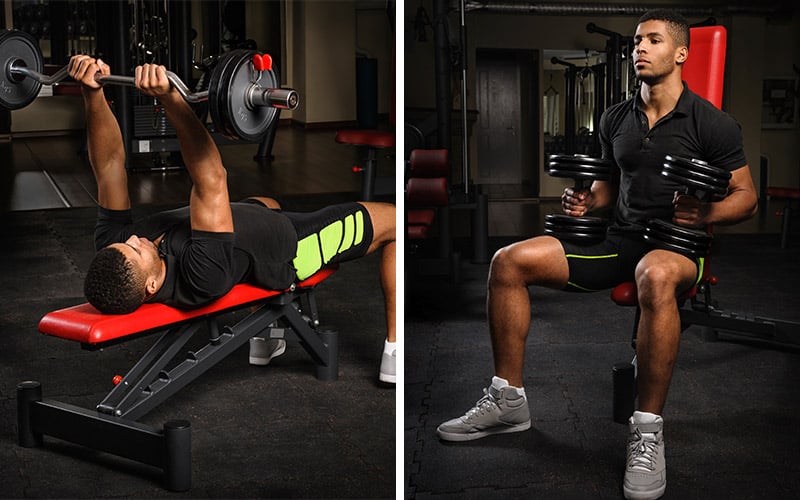 Shoulders really don't have an opposing muscle group, so let's pair up front delts (wich are primarily emphasized when pressing) with rear delts (which help with pulling). Rest for one minute between supersets.