Methyl 1-Test (M1T) is the methylated version of the steroid 1-testosterone that is considered by many as the most effective pro-steroid or prohormone product to hit the market. A highly anabolic and moderately androgenic drug, M1T is 910-1600 percent as anabolic and 100-220 percent as androgenic compared to orally administered Methyltestosterone. This muscle gaining supplement can help athletes pack on 20-30lbs within two weeks and is also well known among bodybuilding communities as an excellent product to add serious muscle mass while taking off body fat.


Commonly used as a pre-contest drug, M1T does not convert into estrogen or Dihydrotestosterone. It is commonly stacked with 4-AD (M1T @ 10mg/day AND 4-AD @ 1.5g/day oral) or Testosterone. In order to reap optimum benefits of Methyl 1-Test (M1T), it is best to dramatically increase the consumption of carbohydrates and water so that intracellular glycogen can be significantly improved. A high protein and high carb diet is recommended to increase energy while running M1T cycles. Some athletes take Taurine, Potassium, and Hawthorne berry while running Methyl 1-Test cycles.

(also known as Dbol, Methandrostenolone, Averbol, and Danabol) is a derivative of Testosterone that commands great respect in the world of competitive bodybuilding for being the first steroid ever to be manufactured.

Classified as a Schedule III drug under the Anabolic Steroid Control Act of 1990, Dbol has an anabolic-androgenic ratio of 90-2[10:40]-60 and can be detected over a period of six weeks.

By facilitating positive nitrogen balance, Dbol has a profound effect on protein metabolism. The use of Dianabol tablets and injections is also associated with dramatic improvements in body calcium and potassium levels and stimulating nearly permanent muscle mass, muscle function, and body strength gains. This anabolic steroid is ideally used by male athletes in daily dosages of 25-50mg (when taken orally) and 50-150mg every week (when administered via injections). This anabolic androgenic steroid can stimulate muscle strength, protein synthesis, and glycogenolysis within a short period of time. Dbol can pass through the liver with only a small part of it broken down due to the 17α-methylation of the steroid. Dbol is significantly more active than an equivalent amount of Testosterone and is ideally used during the initial stages of a steroid cycle. Dianabol is commonly stacked with Test E, Test Cyp, Deca, or Tren.

Methyl 1-Test (M1T) is considered by many as the most potent form of 1-Testosterone. It is used by athletes and professional bodybuilders to redefine physiques, add lots of lean mass, and improve strength quite rapidly. This amazing bodybuilding drug does not lead to DHT-related negative effects.

Many athletes believe M1T is superior to Dianabol but it is also the more toxic of the two. Use of this drug is associated with quick and dramatic muscle mass and strength gains but athletes should be careful of bloating and puffy nipples (gynecomastia). M1T users report that they don't experience lower back pain (pumps) as they experience while using Dbol.

One of the biggest drawbacks of Methyl 1-Test is that use of this drug leads to lethargy and it is often reported by users of this drug that they sleep for as long as 10 hours. However, some M1T admirers are of the view that side effects of this drug are overrated and M1T actually can give more gains than A-Bombs. Use of this drug can lead to elevated liver values and negative impact on lipid profiles, which makes Dbol a better choice for some users. However, negative effects of M1T can be controlled or eliminated by using liver protection drugs such as N2Guard.

Dianabol is known to reduce the level of SHBG so that the body has more of free testosterone but this drug can lower cardio capacity to a significant extent. However, Dbol is on the market and its advantages & disadvantages are very much known unlike M1T that is still somewhat a new drug. Moreover, muscle mass and strength gains made with Dbol are usually of the higher quality and they are not characterized by as many side-effects as with M1T.

Buy both these products at Orals - UncleZ 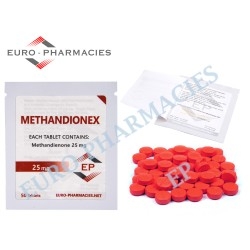 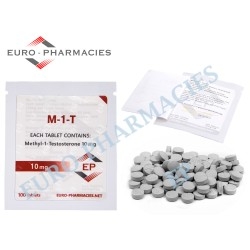 Sent from my SM-G998U using Tapatalk

Interesting for sure.
B

Actually love both IM. Feel it’s superior to oral and you can run longer without tummy issues.

Bucks said:
Actually love both IM. Feel it’s superior to oral and you can run longer without tummy issues.


Sent from my iPhone using Tapatalk
Click to expand...

Where can I find injectible M1T?

m1t blows dbol out the water in my experiences, remember when it was legal! 2004 buddies were using it in highschoooll

muay thai said:
m1t blows dbol out the water in my experiences, remember when it was legal! 2004 buddies were using it in highschoooll
Click to expand...

We have it available here at Z

XOTG85 said:
We have it available here at Z
Click to expand...

I saw that, super tempting, i havent used Z since 2010 I was getting the polish jelfa omnadren amps they were excellent. I may give it a shot!

muay thai said:
I saw that, super tempting, i havent used Z since 2010 I was getting the polish jelfa omnadren amps they were excellent. I may give it a shot!
Click to expand...